Are there any dangers of a "bubble effect" in the real estate market? - The most expensive squares in Belgrade and tourist places, the most wanted new building

The real estate market is at the peak of potency, Djokovic said, adding that at a 3-4 year level, the price increase is 50-60%.

There are no indications that the upward trend in property prices, especially for newly-built apartments in Belgrade, will lead to a ballooning effect, as only a third of apartments are bought through mortgage loans, said Tanjug interlocutors, Old Royal Real Estate Agency owner Mica Djokovic and Sasa Stefanovic of the Institute for real estates.

The real estate market is at the peak of potency, Djokovic said, adding that at a 3-4 year level, the price increase is 50-60%.

- The most expensive is what is missing, New Belgrade, Vracar, Stari grad, Cukarica, locations with good tourist infrastructure such as Kopaonik, Zlatibor, some spas, and buyers interested in buying the whole village, spa or mountain are also expensive - he says.

Belgrade - half of the Serbian market

Djokovic adds that, unfortunately, we have allowed foreigners to own agricultural land, so we are left with only a segment of some attractive tourist destinations.

Belgrade's real estate market is half of Serbia's market, and Djokovic says there are three buyers for one seller, and that the demand is for new apartments - which are also registered with regular documentation.

- A large reservoir of unused real estate is in the law because it is neither in heaven nor on earth, which is about one third of the existing real estate - he says, adding that it is "dead capital" and it is made of two million real estate in Serbia.

Djokovic estimates that these are real estate properties that are market "neither there nor here" or a fund that "can reduce this high demand" of real estate. He says that relatively little is being built and states that there are about 200 cranes in Belgrade, but that this is small compared to the city of two million inhabitants, adding that the dynamic real estate market in Novi Sad, somewhat Jagodina, is part of Nis, where the national customer structure, and a lot of traffic is happening in Novi Pazar.

- I hope this is not a balloon - a bubble effect, and I don't think it will happen that soon, and maybe that balloon will never burst again, it can lead to pumping, reducing the pressure - says Djokovic.

As he says, this will not happen for Belgrade because it is the target city for this part of the Balkans, a city that is three hours away from everything from Paris, Moscow and Istanbul.

- It may happen in 3-5 years that the market will be saturated and prices may drop slightly, but that does not mean that it will break - Djokovic said, stating that our housing market is not predominantly mortgage because up to 35 apartments are mortgaged.

For Professor Sasa Stefanovic of the Real Estate Institute, the real estate market in Serbia is more expansive, especially in Belgrade. 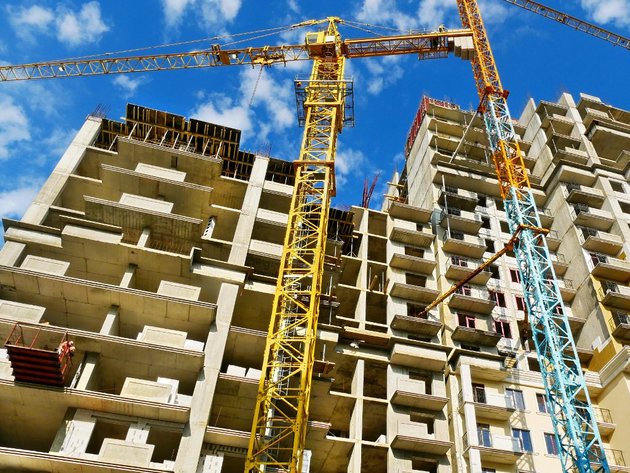 The increase in housing prices in Belgrade is affected by the demographic pressure from the interior, the diaspora buying both for housing and as an investment, he said, adding that macroeconomic stability, GDP growth, predictable inflation and a stable exchange rate also have a significant impact.

- Financing conditions are very favorable because we have historically the lowest interest rates in our market, and an additional factor of unattractiveness of investments in other types of assets such as stocks, bonds because we are underdeveloped market and returns on it and on savings are low - he says Stefanovic.

He adds that there are also personal preferences of buyers to have real estate in attractive locations in Belgrade which raises the average price of the apartment to some level. As an exception and an example of a dramatic rise in prices, he cites new construction in New Belgrade, where since 2014 the price has increased by 46% while "old construction" has increased by 20%.

- I think that in the coming period, the price increase will be moderate, that in the short and medium term there will be no sudden jumps, but in the long run, potentially, we can, if there are some dramatic changes, talk about the real estate price bubble - but certainly not at this moment - says Stefanovic, adding that there is now no evidence of the existence of that real estate price bubble.

He explains that a "bubble effect" would entail a dramatic increase in property prices over several months or years followed by a dramatic decline.

- We can talk about some indications through a significant rise in real estate prices like in New Belgrade, but we are not talking about the whole market of Serbia or Belgrade, for which reliable data say that there are no indicators or potential for a balloon - he says, adding that the balloon is not even in Novi Belgrade is not possible in the medium term.

New trend in Serbia! There is a growing demand in the real estate market - and these are the benefits

BELGRADE "ELDORADO" FOR REAL ESTATE! Prices are rising, and this is waiting for a real boom

Great interest of Arabs in investing in real estate in Serbia